Rethink Robotics: The Roadmap of Robotics
× 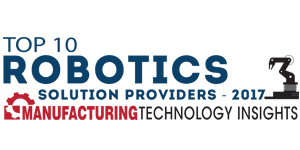 Rethink Robotics: The Roadmap of Robotics

Scott Eckert, President & CEO
Deutsche Post DHL Group, the world’s leading mail and logistics firm has recently taken a new approach to enhancing production efficiency in its warehouses, by deploying robots for co-packing and value-added tasks, such as assembly, kitting, packaging, and pre-retail services. DHL embraces the idea of employing robots that can work side by side with human beings to do activities that can improve the productivity of general work environment in addition to improving ROI. Opening the door to their factory is like entering a robotic world where humans and robots work collaboratively.

Pulling the strings from behind the screen are Baxter and Sawyer— two smart and collaborative robots, actively working along with the staff and helping DHL enhance productivity in their facilities. Baxter and Sawyer are the end result of Rethink Robotics’ technological advancements bar none. Based in Boston, MA, the firm specializes in advanced collaborative robots for warehouses—which are smart, adaptable, and safe to work with. Founded by Rodney Brooks, Rethink Robotics is on a mission to make robotics more accessible, usable, and practical than they have ever been before. The company today is among the leading providers of advanced robots, which people can easily maneuver and train in a matter of few minutes.

Baxter and Sawyer both adapt to real world variability in semi-structured environments and is scalable enough to change their work applications based on different workflows—like humans do. This can quickly provide flexible automation of manufacturing workflows. The safely-built, fast-to-deploy, and feasible robots provide a collaborative human-robot working environment. Sawyer, designed for speed and high precision tasks is equipped with 7 degrees of freedom and a 1260 mm maximum reach—adept for work cells already designed for humans.

The software, with a robust train-by-demonstration user interface, is constantly updated to offer clients with most advanced industrial automation

The robot can maneuver into tight spaces, much like an engineer’s arm and is also equipped with embedded vision systems for active robot positioning. This is powered by cameras from Cognex—an industry leader in machine vision and industrial ID solutions.

Baxter on the other hand is manufactured for monotonous or dangerous tasks such as line loading and machine tending, packaging, and material handling. The robot can be easily trained by personnel without any programming requirements or software installations. Further, Baxter can be re-trained and re-purposed for new jobs— making it suitable for a wide range of applications.

The company’s affordably priced robots are powered by one-of-a-kind software—Intera—developed in-house by Rethink Robotics. The software, with a robust train-by-demonstration user interface, is constantly updated to offer clients with most advanced industrial automation—latest being the Intera 5. “With the introduction of Intera 5, we’ve created the world’s first smart robot that can orchestrate the entire work cell, removing areas of friction and opening up new and affordable automation possibilities for manufacturers around the world,” explains Scott Eckert, President and CEO, Rethink Robotics. The software features unique capabilities that allow manufacturers to control the robots, orchestrate the work cell and collect data. The firm’s combination of hardware and software enables the easiest train-by-demonstration robot functionality in the industry.

In a world where advancement in robotics and technology has turned dreams into reality, Rethink Robotics has been at the leading front in creating human-like robots—what were once thought of as pure science fiction—to boost productivity, operational quality, and error-free manufacturing.